Get fresh music recommendations delivered to your inbox every Friday.
We've updated our Terms of Use. You can review the changes here.

There Is A Reason 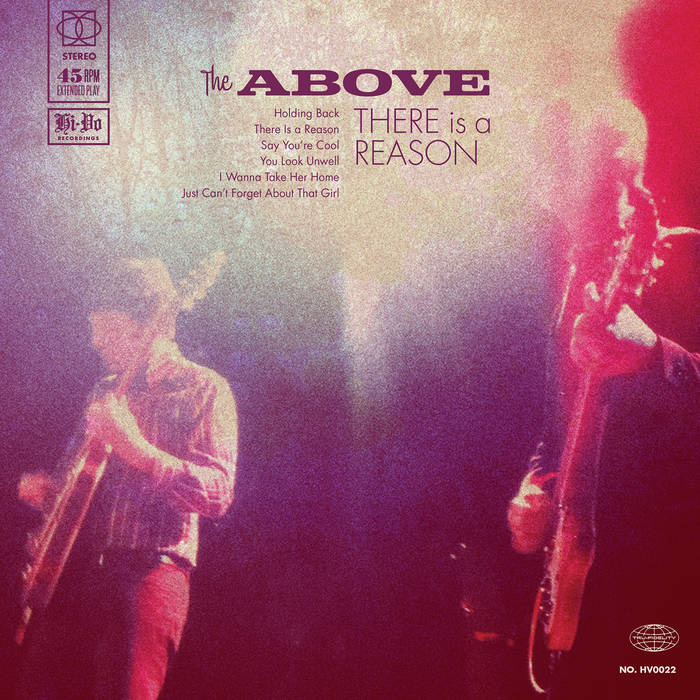 Dohn Joe Its a saucy one for the ages!

Purchase the vinyl version of this release here: hiddenvolume.com/album/there-is-a-reason-10-ep

Joe Belock, WFMU (Three Chord Monte)
wfmu.org
"The Brooklyn beat masters are back with their most varied set to date, ‘There Is a Reason,’ a six-pack sampler of all the fab sounds that have made them a cut above other ‘60s-inspired rock and roll enthusiasts. The influences that have fueled The Above over the course of two LPs and a quality clutch of singles are present front and center: British freakbeat, R&B, garage, vocal harmonies. But there is another reason why you need this record - the songs. They are instantly familiar, yet performed with the energy and flair to make them 21st-century fresh and exciting."

50thirdand3rd.com:
"From the opening track “Holding Back” it’s quite apparent that The Above are staking their claim to being one of the coolest bands of 2016. When you play The Above you hear the history of the British Invasion. “I Wanna Take Her Home” will have you shaking your head in total excitement “I Just Can’t Forget About That Girl” will convince you that you are hearing something from an American band that hasn’t been accomplished since the days of The Rascals [or] early Byrds. The title Track “There is a Reason”—I’m picking up a little Steve Winwood around the time of Traffic and that’s about as impressed as I’ve been in the 3 years we have been reviewing and talking to bands. “You Look Unwell” closes out this excellent EP, with a rocking tune leaving you with one undeniable fact…The Above are able to assimilate some of the greats that have come before into a sound that is uniquely their own."

Produced by The Above

Special Thanks: Joe Belock, Todd-o-phonic Todd, Bill Kelly, Nate The K, Mike Sin and everyone else at WFMU, Scott Sugiuchi at Hidden Volume, Tim Hanna, DJ Nico, Rock and Denna at CIUT, Romanne Blouin at CISM, Joanie and Sue at WMBR, Matt and Kurtis at BBOX Radio, Glynis, Richard, and Vikki at Fringe Factory, Bananas Magazine, Claudius Schnoor, Wolfgang Doebeling, Siss-o-phonic Cheryl, Quitty and The Don'ts, Reigning Sound and The Jay Vons, Dany Laj and The Looks, The Forz, Muck and The Mires, and Jen, Christina, and Eugene for tolerating our highs and lows.

The Above Brooklyn, New York

The Above are a rock and roll group from Brooklyn, New York. Influenced by the sounds of British-era R&B, this four-piece create memorable and exciting music with a compositional sophistication that are sure to leave both bar-goers and 60s rock and roll enthusiasts tapping their feet. ... more

Bandcamp Daily  your guide to the world of Bandcamp